Lost Lands Music Festival has confirmed that two male attendees died over the festival weekend at Legend Valley after being sent to local hospitals. The causes of the respective deaths are still unknown.

24 year-old man of North Carolina, and 32 year-old man of Michigan, were taken from the festival in Thornville directly to Licking Memorial Hospital where they were pronounced dead, said Renee Rogers, an investigator at the coroner’s office.

“Today we send our deepest thoughts and condolences to the loved ones of two male attendees who passed away after being transported to local hospitals this weekend. While the causes of these tragedies are still unknown, our hearts are with their families and friends at this time.

Our medical facilities are available twenty-four hours a day, free of charge, with the best emergency room doctors, EMTs and roaming paramedics in the country. A full staff of security and police are also available, and we encourage everyone to approach any of our 2000+ team members to ask for help if needed.”

“None of our surrounding counties had any deaths from the festival,” she said. “We don’t get numbers of overdoses that do not die.” 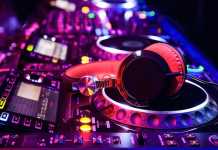