A Facebook live video of an alleged rape that occurred on the dance of a popular nightclub has now been turned over to authorities.

The incident took place at a popular Atlanta spot called Opera Nightclub. The alleged assault occurred Saturday, January 19 while New Orleans rapper August Alsina performed. Apparently this isn’t the first time something like this has happened at Opera.

The victim has been identified as Jasmine Eiland. In her eerie video, a stranger approaches her to ask her if she is alone then walks off the screen. Later this same man returns with drinks which are thought to have been drugged.

Ravers Choice which viewed the video before it was removed, had this to say about the haunting video:

“She can be seen on the dance floor, with her breasts out, and the same man that had retrieved a drink for her is penetrating her from behind while she is screaming out ‘Help me, please god, someone do something’ with tears streaming down her face.” 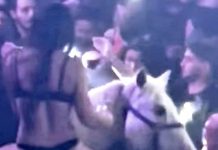 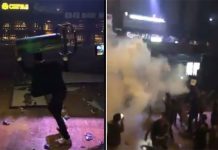 Marshmello fans destroyed this nightclub after he cancelled his show ! [VIDEO]