Every year, EDC Las Vegas embodies a central theme that manifests itself at kineticFIELD and spreads throughout the festival. In recent years, this stage has been fashioned into a kineticCATHEDRAL for sonic worship (2014); a Crystal Village inhabited by owl guardians (2015); a kineticTEMPLE of sacred sounds (2016); the open arms of Mother Earth, kineticGAIA (2017); and the epicenter of universal love, kineticLOVE (2018). Always in motion yet true to its eternal nature, kineticFIELD now reveals its most natural state.

This year’s kineticENERGY theme will bring an electrifying experience to the Nevada desert that unites more than 400,000 Headliners through a beautiful vibration of movement and energy during the most anticipated event of the year. 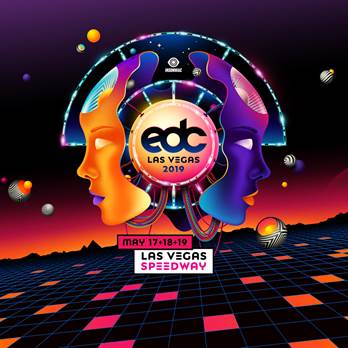 “Think of the potential,” says Bill Nye. “Hundreds of thousands of people moving their bodies, freeing their minds, and dancing to music under the glow of spectacular light. “We’ll convert all this potential to a carnival of kinetic energy!”

In addition to his appearance in the video, Bill Nye will officially kick off the 2019 edition of EDC Las Vegas as host of the Opening Ceremony on Friday, May 17, amplifying his message of kinetic energy and positive vibes to thousands of Headliners at the cosmicMEADOW stage.

“It was an honor having Bill at Insomniac HQ yesterday on National Science Day to film our EDC theme reveal,” says Insomniac Founder and CEO Pasquale Rotella.

“He’s beloved by so many in this community, and with this year’s Kinetic Energy theme, it felt like the perfect collaboration. I’ve always believed this music and these events are good for the mind, body and spirit. Bill brought his own unique energy to this special reveal to help spread that message. I can’t wait for him to kick off our Opening Ceremony at EDC Las Vegas.”

In less than 80 days, Headliners from around the world will come together to embark on the unforgettable adventure that is EDC Las Vegas, May 17 – 19. From unparalleled firework displays and state-of-the-art production across 8 unique stages, to the hundreds of costumed performers and dozens of interactive art installations that blanket the grounds, the iconic festival will be buzzing with incomparable energy.

Additionally, Headliners have the option to keep the party going from dawn till dusk at Camp EDC, the desert-oasis campground located adjacent to the Las Vegas Motor Speedway, featuring daily activities, pool parties with exclusive DJ performances, and a full complement of amenities for both tent and RV campers.

A limited number of EDC Las Vegas 2019 tickets are on sale online, here. Camping packages are available for purchase on the EDC Las Vegas Camping website, here. For the most updated details regarding EDC Las Vegas and for answers to other ticketing related questions, a FAQ has been created online, here.