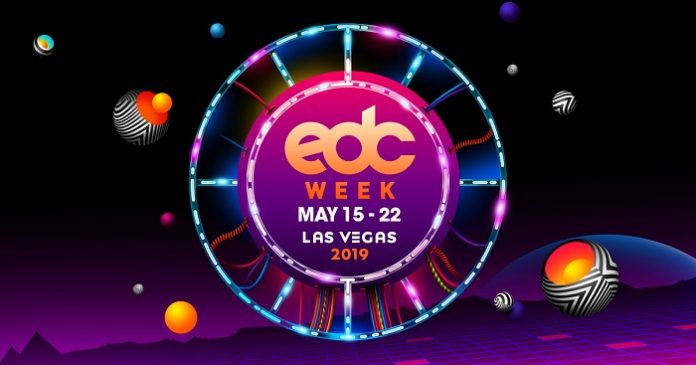 Insomniac announces its return to the Las Vegas Strip by unveiling the first phase of EDC Week performances and parties taking over the city’s premiere venues from May 15-22, culminating with the 23rd annual Electric Daisy Carnival (EDC) in Las Vegas.

Expanding the festival experience beyond the Las Vegas Motor Speedway, EDC Week kicks off Insomniac’s citywide takeover, featuring more than 50 epic shows. The Downtown Las Vegas Events Center, 1 OAK at The Mirage, KAOS at The Palms, JEMAA at NoMad Las Vegas, and On The Record at Park MGM will all host EDC Week shows for the first time, increasing the number of EDC week venues to a record-breaking 18 properties.

Making history during the weeklong takeover of Sin City, Adam Beyer and Cirez D will play an extended session at the Downtown Las Vegas Events Center, the largest open-air venue in Las Vegas. On Thursday, May 16, Factory 93 hosts the duo’s only performance together in the city and the largest EDC Week show to take place since the celebratory week’s inception. 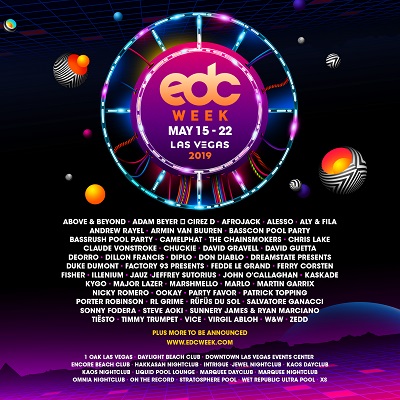 Being one of only two 18+ shows, the immersive, large-scale experience will also be the only opportunity for techno fans to rejoice to the sights and sounds of the underground during EDC Week.