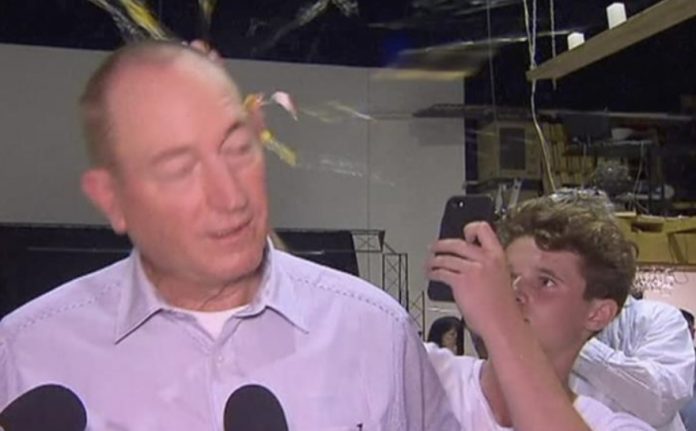 The kid who egged the far-right political figure in Australia has recently gone viral.

To make things even better, a number of musicians have reached out and offered free entry to their shows for life! Acts like Joel Birch, The Living End and Hilltop Hoods were just a few that ended up reaching out young Will Connolly from Hampton, Melbourne. The cherry on the top, Rolling Loud Music Festival offered him tickets for life.

This happened after Senator Fraser Anning was widely condemned for blaming the devastating Christchurch massacre in New Zealand on Muslim immigration.

“I am utterly opposed to any form of violence within our community, and I totally condemn the actions of the gunman,” Anning said. “However, whilst this kind of violent vigilantism can never be justified, what it highlights is the growing fear within our community, both in Australia and New Zealand of the increasing Muslim presence.”

Check out the video below:

Holy shit, he full smacks him with a lefty and egg boy just cops it and keeps filming. Cool as ya like mate, what a legend! Egg boy has guest list for life. Hell, he can be our official photographer too… Love you egg boy! pic.twitter.com/szNIHpQVCv

Egg Boy, you have free entry to any Hoods show for life should you wish.

If Egg Boy likes Amity he can have free entry +1 to all of our shows forever.