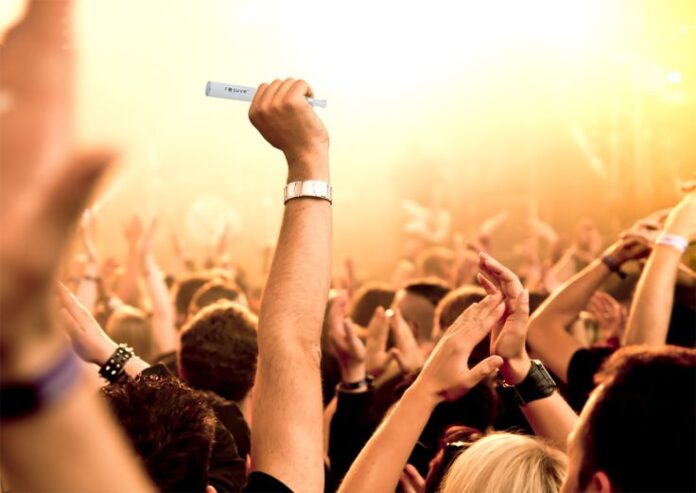 Most likely, you are already fully aware of any public smoking restrictions. Numerous smoke-free rules and laws have been adopted. It was thought that a ban on smoking in public places would help to decrease the number of smokers and the overall adverse effects of smoking.

However, the world is dynamic and constantly evolving. Every year, the use of electronic cigarettes becomes more widespread. Vaping began in China and has since expanded to Europe and other nations.

Vapers who want to attend a festival with a vaporizer should be aware of the regulations to comply with the law because different countries’ laws handle vaping differently. In this article, you will discover a little about the rules governing festivals and e-cigarettes in several nations.

In the opinion of the Public Health Service of England, the best dab pens are less dangerous than traditional cigarettes. However, when attending a festival in the UK, keep in mind that there is a limit on the amount of nicotine in vaping liquids for users; it should not be higher than 2%.

Although vaping is allowed in the US, many health professionals compare the health concerns of e-cigarettes to those of tobacco products. Remember that each state in the US restricts vaping when attending a festival. The majority forbid vaping in areas where there are other persons present. Therefore, it is crucial to research each state’s legislation in advance.

Vaping is not permitted in this country according to law. Nevertheless, the statutes make no mention of the dab pen specifically. The sale, import, or production of vaping products is prohibited. However, it is unlikely that your e-cigarette will be considered an illegal import if you bring it to a festival.

Compared to other nations, the rules that forbid vaping are a little less strict. The best they can do is admonish you in writing and seize your electronic equipment. Vaping is technically illegal in Thailand, so you do it at risk.

Wax vaporizer users should consider Austria. Vaping is not expressly forbidden in festivals by law. However, it would be best if you remembered that local retailers could not legally sell liquids, including nicotine.

It is an excellent nation with beautiful scenery, a unique culture, and delectable cuisine. Every festival goer can enjoy e-cigarettes because there are no strict rules in this area. Here, vaping is legal, even for kids.

Travelers to South Africa will not have any issues regarding vaping. However, keep in mind that soon, health authorities will seek to outlaw or restrict the use of e-cigarettes.

If you abide by the piece mentioned above of advice, you can be confident that you will not have any issues during festivals in other countries.

However, it is strongly advised always to verify the regulations to ensure your safety as the world is constantly changing. Therefore, venue owners and event organizers must make sure they abide by the strict laws and restrictions governing smoking in public that are in place in the majority of European and North American countries.

The pot laws are either less strict or not enforced in South America, Asia, and Africa. Although there are reasonable grounds for authorities to discourage cigarette smoking in public places, the main one is to limit the appearance of second-hand smoke, which can harm those who work in concert venues.

While a significant portion of festival attendees still smoke, several organizers have decided to designate smoking sections in addition to other areas with a strict no-smoking policy. In addition, many festivals establish no-smoking zones near campsites that cater to families or regions with childcare and other amenities for kids. Any festival smokers should read the event’s FAQs to learn more about their policies, as some events have made smoking entirely prohibited.

Vaping is not the same as smoking traditional cigarettes containing tobacco. Every day, the general public is becoming more aware of the distinction. However, that does not mean that non-vapers do not desire to indulge in a flavorsome vapor while taking in their favorite outdoor concert or event.

Even though your preferred dessert-flavored e-liquid makes you squeal with delight, there will probably be those who do not want to be enveloped in your massive cloud of vapor. We cannot blame those people, though. Respecting those around you is the golden rule regarding vaping and outdoor activities. Avoid vaporizing while waiting in line or in a crowded environment.

If you enjoy vaping with high-glycerin juice, keep in mind that your wax pen can produce a lot of vapor while deciding where to do so at these events. It is always possible that event organizers will forbid vaping in the future if vapers do not observe good vaping etiquette. When vaping outside, be kind and considerate to people around you.

Getting Ready for Vaping

Depending on how far and long you will be away from home, you must be ready to vape during festivals. A brand-new, liquid-filled e-cigarette and an ultimately charged battery will work for local, same-day activities.

A charger is helpful if you want to prevent returning home with a dead e-cigarette battery. Stocking up is worthwhile for more extended events. Ensure you have plenty of yummy liquid, extra batteries or a charger, fresh cartridges, coils, or vaporizers, and tools for replacing the locks and wipes to remove excess fluid while refilling.

Vaping ought to be adequate. Consider wearing a lanyard or other accessory when vaping during the festival, for example. You can do this to keep your wax vape pen close at hand. You won’t have to be concerned about losing it if you sit on it, drop it, or any other scenario.

Always confirm whether vaping is permitted at the festival you intend to attend. It would be best if you kept in mind that there are people nearby.

If you are unsure, ask your neighbors if they object if you vape. By doing this, you will enjoy vaping while taking in the event and the scenery, open doors for other vapers, and foster a positive perception of vapers, which could eventually encourage more smokers to switch.