We all have those moments we love to think back to, those happy times we shared with our friends and tell stories about.

Norwegian dance music star Ørjan Nilsen had some old memories and favorite moments of his own to share and he does so with a brand-new release called ‘Reminiscence‘, which is already touted as the indirect follow-up to one of his biggest hits to date, ‘Between The Rays‘.

A sublime track released on his own turf (In My Opinion), Ørjan Nilsen‘s ‘Reminiscence‘ marks the return of his classic signature sound. From the tempestuous basslines and emotive vocals to one of those brilliant signature melodies, ‘Reminiscence’ is a trip down memory lane ready to excite legions of fans today. 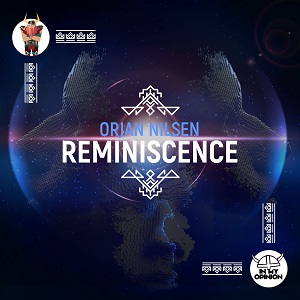 Ørjan Nilsen: “It’s no secret that Trance has always been a huge part of my life and I figured it would be nice to reminisce about the good old times, back to the early ‘2000s era and my first ASOT shows.

That’s exactly what ‘Reminiscence’ is about. It’s a combination of a lot of new techniques and ways of making music that I have developed in the past 10+ years and putting something into it that ties into the old sound I am known for. I truly believe this is an improved old-school Ørjan Nilsen piece of work and I hope it will bring some good memories to everyone.”

In support of the release of ‘Reminiscence‘, Ørjan Nilsen will ask his fans to share some of their stories with him as a way of reliving those wonderful moments. Additionally, the In My Opinion label boss will record a special live set on Facebook Live to play some of his favorite classics to set the mood for some musically inspired reminiscing.