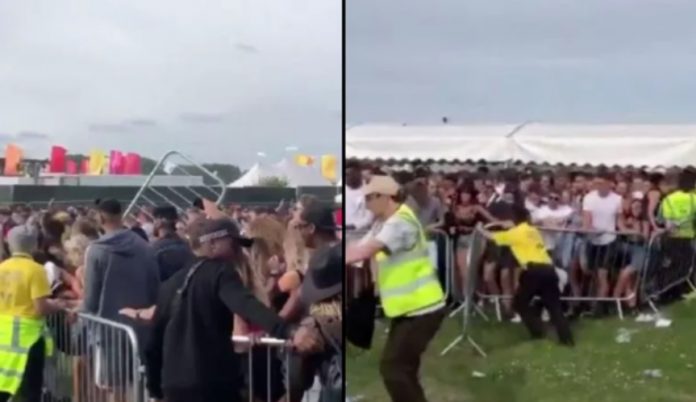 The popularity of music festivals is at an all-time high globally. People see the boon as an opportunity to try to jump into the scene and make some money. While love and putting on festivals for reasons beyond financial gain is what separates the successful festivals from the ones that crash and burn, intricate planning and preparing for unforeseen circumstances is also a critical aspect of hosting a successful music festival.

Over the weekend the organizers of the We Are FSTVAL in Upminister, East London learned the hard way when thousands of ticketholders stormed the gates after waiting in the hot sun for several hours with no water or shade.

The holdup was due to the festival running out of wrist bands, which were part of a cashless system created by the festival. Without having the bands, attendees would not be able to buy anything inside of the venue, and the lack of bands caused a three-and-half-hour delay for attendees while cooking in the blistering sun the whole time.

The scene was producing dire circumstances, it was reported that people were passing out and vomiting from heat exhaustion. Despite the best efforts of the crowd to get water for the thousands of people waiting in line, security just told them to move back and did nothing to help the suffering attendees. After nearly four hours the crowd turned to panic and started screaming in desperation before taking matters into their own hands.

Video shows the massive crowd busting through the entrance gate. Four visitors were injured in the process as barriers were carelessly tossed into the crowd. Security attempted to stop the crowd but they were dealing with panicked, dehydrated, and terrified people, and there is not a good way to effectively reason with people who are in that state of consciousness (scared that them might die).

“After we cued for three-and-a-half hours with no water, everyone was very dehydrated. When everyone stampeded through, we were like where is the water? The workers told us that we can’t go to the bar to get drinks or anything because we needed bands, which we had to access at the gates, but we couldn’t because of the stampede.

It was literally the apocalypse trying to find water bottles on the ground. There were four water taps, but one was broken. It was total carnage, a free for all, everyone was pushing other people’s bottles out of the way to try to get water”.

Water is life, especially at places where there is a massive gathering in the hot sun. Certain areas can be skipped while hosting a large event, water is not one of those areas. The festival is lucky that nobody died. Let this be an eye opener to all festivals across the globe. Do it for love and the rest will follow. Cooking attendees in the sun for several hours without providing water is no love. 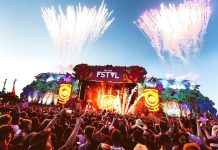