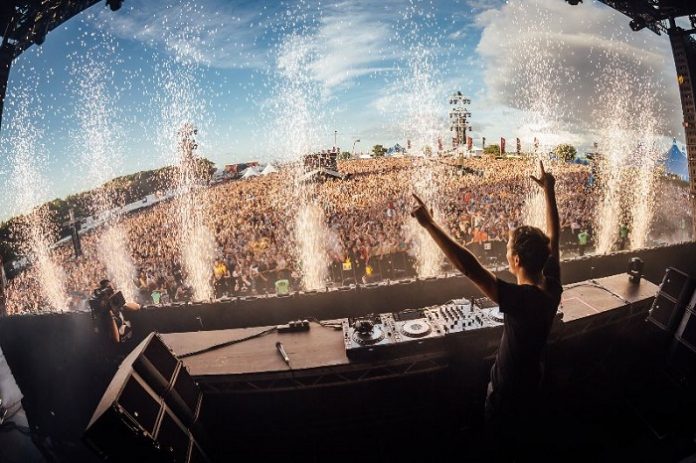 Some of the world’s biggest pop acts and DJs are locked in for the second ever edition of Summer Daze Malta. The newly expanded event will take place on 11-17th August at various venues across the idyllic Mediterranean island.

With the event in collaboration with Creamfields and BBC Radio 1 Dance, house duo The Martinez Brothers kick off proceedings on 11th August with a performance in partnership with well-known Malta clubbing brand GRINGOS. 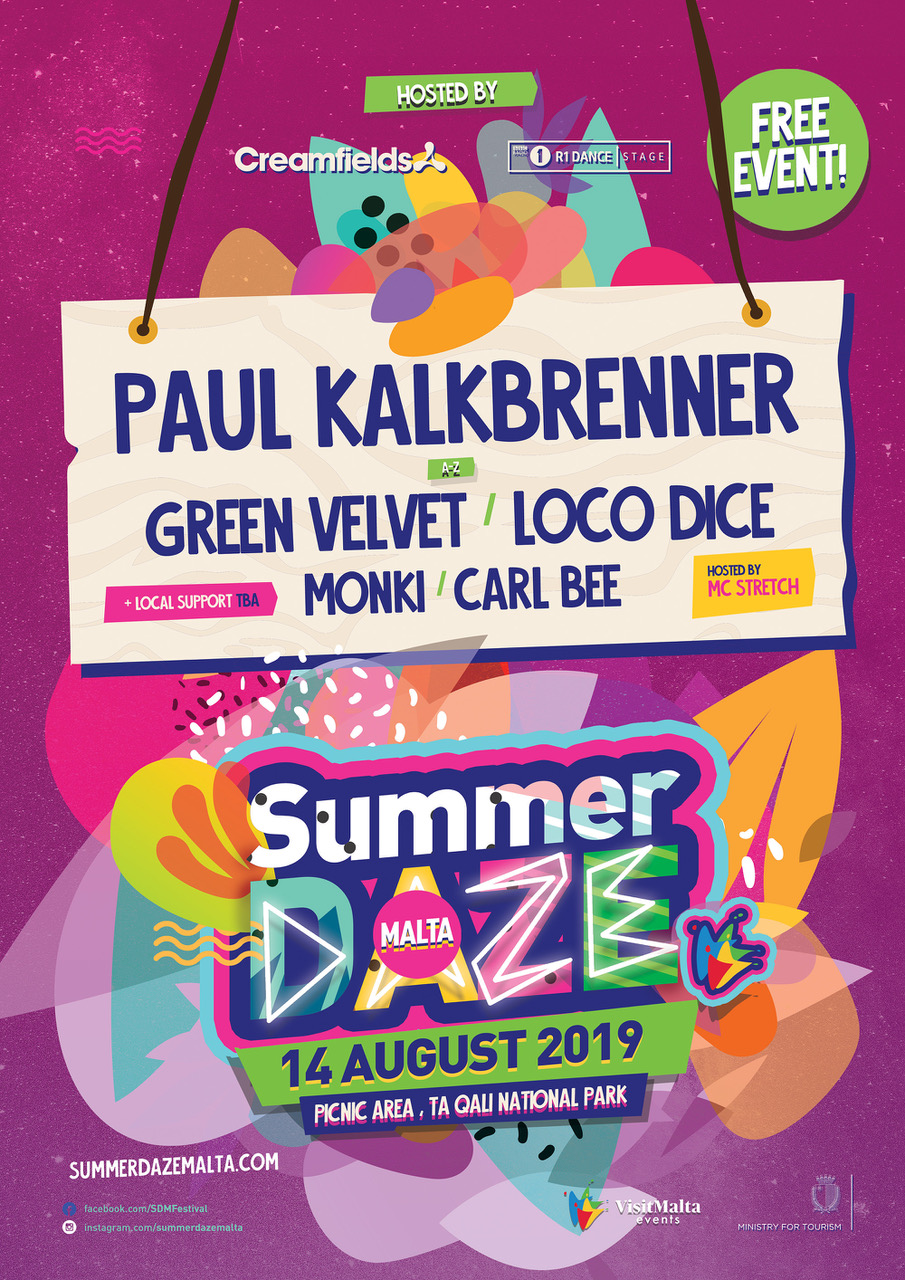 The following day sees the line-up shift towards more pop-focused acts, with the likes of David Guetta, Tyga, James Arthur, Danny Howard, Alle Farben, Tenishia and a slew of local artists all making an appearance. In collaboration with VisitMalta Events, tickets for both main events are entirely free.

The following day, Christian ‘Bobo’ Vieri, the former Italy international striker, will be soundtracking a sunset pool party at the Medasia beach club, while there is also a Vida Loca showcase at the island’s UNO nightclub.

Summer Daze will return to UNO the following day for the closing event, with house music royalty Roger Sanchez set to headline alongside Miami-based DJ Kristen Knight, for a party in association with ZIGGY. 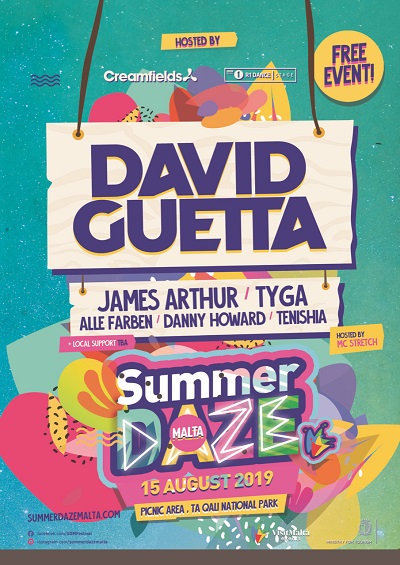 Building on the success of its maiden year, Summer Daze Malta has stepped things up for 2019, with a serious line-up of local and international talent set to soundtrack parties in multiple locations across the island.

“Over the past 3 years the Mediterranean Islands of Malta and Gozo have managed to develop and grow a year round calendar of top quality events to rival any other tourism destination in Europe.

Famous international artists are being attracted to Malta to join Maltese counterparts in first rate, music, cultural, contemporary arts, gastronomic and sports festivals that are a spectacle to attend and enjoy or even join in. The hot bright summer months in Malta lend themselves brilliantly to music and sea sport events of international repute and the Summer Daze Malta Festival is firmly establishing itself as a highlight in Malta’s Summer.” 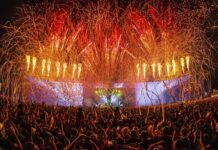