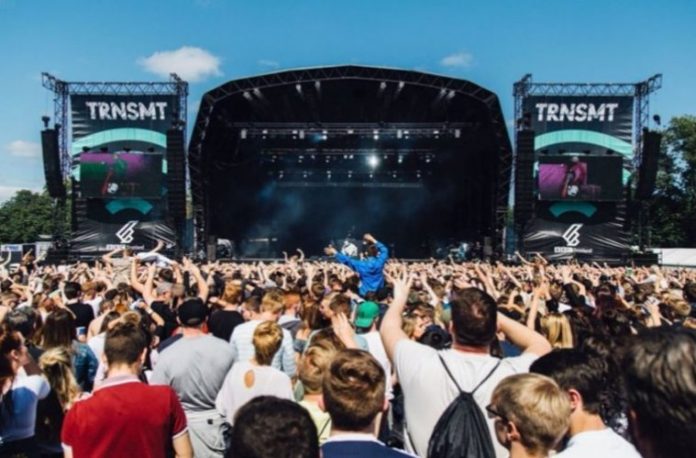 A horrific occurrence involving the sexual assault of a woman at Glasgow’s TRNSMT music festival has shaken the global festival community.

On Friday at roughly ten o’clock pm, while visiting the toilet area near the main stage, the 32-year-old victim was grabbed by a man and dragged to the back of the toilet block where another man began to rape her. The assault continued until the two cowardly men ran away after three men passing by saw them attacking the woman and began shouting at them, which scared them off.

Police are now on a relentless mission to locate the men involved in the sexual assault and are using all resources to try to locate them. Authorities believe that finding the three men that scared them off could be “vital” in discovering the perpetrators.

It is believed that the three men that scared off the two men assaulting the woman did not realize the extent of what was actually happening, but their intervention helped protect the victim and prevented the situation from further escalating. The police hope that through media outlets and public announcements that the three men will step forward and hopefully be able to identify the attackers, or at least be able to give some identifying clues to the police.

Both of the attackers are described as white, roughly 1.8 meters tall, medium build and dark hair. One of the men was wearing a black t-shirt with a small logo on the front and the other had a white t-shirt with black writing. Authorities hope that they can get the two suspects off of the streets to make them pay for their crimes against the woman, and also prevent future attacks from happening from either of them.

In a statement to BBC, TRNSMT festival said: “We are doing everything possible to help emergency services with their inquiries, but our focus at the moment is the wellbeing of the person involved, and we are ensuring that they have all of the support that they need.”

Anyone with any information about the sexual assault at TRNSMT is being urged to contact Stewart Street CID via 101 or to call Crimestoppers on 0800 555 111.

There has been a rising concern at British and UK based music festivals involving the safety of women at events over the last few years, with reports of sexual harassment and attacks steadily trickling out of events.

Last year a study, with research led by Durham University revealed that 70 percent of women were concerned about attending events due to the fear of sexual assault looming. In the study, it came to light that 30 percent of the women in the study had been sexually harassed, while ten percent said that they were actually assaulted at UK music festivals.

Party people we have to keep each other safe out there. Stand up like the three men that scared off the attackers if something seems off. Protecting one another is critical, however, something also has to be done by organizers and event planners to help keep people safe. Music festivals are what people go do to experience freedom, people should not have to fear getting sexually assaulted while attending events.