The festival hosted a record-breaking 80,000 visitors from 40 countries over three days during its third edition, aptly named the “Kingdom of Fire”. During a spectacular ceremony, the dates for next year’s edition were announced, as New Horizons prepares to return on 21-23 August 2020.

The third edition of New Horizons festival drew to a close with an incredible finale on Saturday night, as the atmosphere within the Nürburgring reached its peak. One of the event’s major highlights was undoubtedly the exclusive 360-degree ‘Capital Park’, which provided the perfect backdrop for extraordinary headlining performances.

The uniquely designed Mainstage truly took the festival experience to the next level for attendees, who were left in awe of the visual spectacle. The impressive 350 meter circumference wraparound stage incorporated lights and flames surrounding the massive dance floor. The fusion of flames, lasers, and synchronised lighting made for a truly spectacular 3D experience which made festivalgoers feel like they were partying in the Kingdom of Fire.

For five days, visitors celebrated on the campsite and on the festival grounds as superstar DJs including Dimitri Vegas & Like Mike, Major Lazer, Martin Garrix, Timmy Trumpet and many more took to the stage. In total, more than 160 artists performed across ten different stages throughout the festival site. Attendees were able to enjoy performances in perfect weather conditions, as clear skies remained overhead throughout the weekend.

On Thursday night, global superstars Dimitri Vegas & Like Mike, Timmy Trumpet and many others left the audience in awe with their spectacular performances. Friday night headliners Major Lazer performed their only show in Germany for 2019, making the occasion even more special. With an unbelievable stage show, they fuelled the crowd with energy and created absolute mayhem during their entire performance.

Friday night also saw the world’s no.1 DJ Martin Garrix bring his world-renowned ANIMA show exclusively to the New Horizons ‘Capital Park’ and the 360-degree stage made the experience truly spectacular. This year the dancing king of the DJ scene, Salvatore Ganacci, returned to New Horizons with a world premiere by hosting his own Zatara stage the ‘Urban Circus’.

On the final night of the record-breaking festival, Don Diablo caused a stir with his exclusive FUTURE XL show and his own stage, hosted by his label HEXAGON. The Dutch maestro lit up the night with an energy-fuelled performance. Visitors were treated to yet another exclusive on the final night by Dutch DJ duo Project One, consisting of all-star hardstyle DJs Headhunterz and Wildstylez, who performed for the first time ever in Germany. As the first ever hardstyle act to perform at the New Horizons ‘Capital Park’, the pair closed the penultimate night of the festival in truly ferocious style.

The same was true for Canadian artist REZZ, who officially made her German festival debut at New Horizons. Her set in Trap Town, hosted by Blacklist, was her only performance in Germany for this year and fans travelled from all over the world just to see her take to the stage.

This year’s edition of New Horizons will be one that will go down in history as the event goes from strength to strength with each passing year and takes the festival experience to new heights.

“New Horizons 2019 was one for the books. It was such an honour to host so many incredible artists and hosting partners at this year’s edition and feature the exclusive 360-degree Mainstage. It’s been a pleasure to see the festival grow each year. Thanks to all 80,000 passionate travellers who joined us and made the third edition of New Horizons so unforgettable. See you next year!”

A strictly limited amount of tickets for New Horizons 2020 are now on sale. The first 3-day passes for all loyal travellers are available from €99 without camping and from €141 with camping. 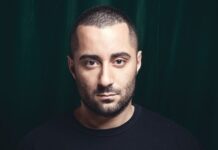 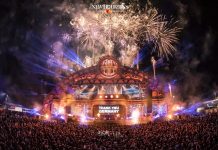