Not content with conquering dancefloors across the world, Dutch dance music star Julian Jordan has shown his intent to create more captivating content for his fans with the announcement of his own YouTube show.

It’s Julian Jordan will give fans a candid look into this prodigious talent’s life, with exclusive behind-the-scenes access and interviews with some of the most important figures in his life to give more context to his story. Showing the trials, tribulations and emotional rollercoasters of life on the road, this monthly show gives the viewer a chance to be part of his entourage.

The first ‘pre’ Episode 0 sets the tone. We meet his supportive parents, who help build the story of his early days DJing from a young age. He talks about some of his favourite memories so far, including his first night in Ibiza, and his first headline ADE show in 2017. He also gives some insight into his passion for what he does. 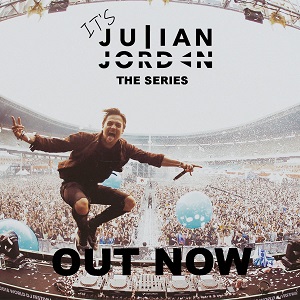 Following this intro episode, another six episodes will follow in this mini-series, each focused on a different theme. The themes are:

Don’t miss this chance to get closer to one of the most exciting rising stars in dance music. Look out for appearance from some of his closest industry friends, peers and collaborators.

Watch the show below.