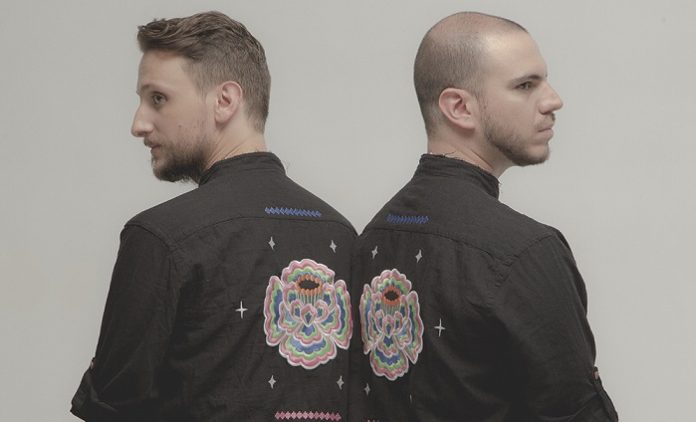 The Argentinian duo, who have previously collaborated with friends from the scene Nicola Cruz, El Búho and Chancha Via Circuito, have produced an EP that will have you dancing and going introspective at the same time… this is music for the more discerning dancefloor.

Over the years Argentinean duo Klik & Frik have taken the bubbling Latin electronic scene to deeper levels and in the process garnered support from the likes of Vice, Billboard, Red Bull as well as sharing line ups with Squarepusher, The Orb, Nina Kraviz, Detroit Swindle and more. Their debut album was released in 2017 and featured friends Nicola Cruz, Chancha Via Circuito and Mohanad Zohair. 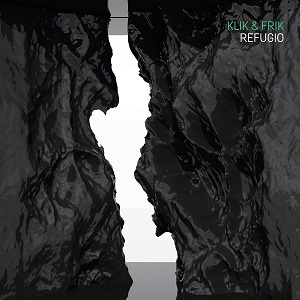 But it is impossible to talk about Klik & Frik without first delving into their origins as the explosive Frikstailers. The Frikstailers (pronounced freak-stylers), composed of duo Rafa Caivano and Lisandro Sona, exploded onto the scene in 2006 by turning the who electro-cumbia genre on its head.

Fusing cumbia with dancehall, hip hop and electronic beats they took tropical to extraterrestrial levels and tore up unsuspecting dancefloors across the world. Their unique style has seen them put out remixes on DFA Records, Young Turks/XL Recordings, Mad Decent and included on Modeselektor‘s ‘Modeselektion Vol 2’. They have played sessions on KEXP, Boiler Room and NPR and their debut album caught the attention of XLR8R, Resident Advisor and more.

But during their journey as Frikstailers, Rafa and Lisandro found they were maturing in their ideas, sounds and productions. They needed a musical outlet that enabled them to showcase more subtle and textured sounds for the dancefloor that weren’t just upbeat bangers. They wanted to go deeper. In 2013 they were invited to play Mutek Mexico on the Red Bull Music Academy stage and so they began making new music.

They explored indigenous sounds (which at the time had been largely ignored) and started to blend them with deeper electronic production. The resulting hypnotic, ritualistic and meditative blends were debuted at Mutek Mexico under their new moniker Klik & Frik.

Their new and unique Refugio EP proves why South American music producers are captivating our attention with their rare take on electronic music.

From the bass propelling opener Achalay (meaning How Beautiful) textured with glitches and synths, to the quenacho flute and hypnotic beat on Refugio (Refuge), to the piano on La Puna Satie inspired by French composer Erik Satie, and the euphoric Las Penas, the EP is a deep and meditative melding of influences. The traditional quenacho and pinkullo flutes feature across the tracks as a tribute to the indigenous music and mysticism of Argentina.

Refugio EP is a reflection on the need for human connection, refuge and noble reasons to keep going at a time when the world is burning both politically and literally.

Watch the Klik & Frik preform in Mutek Mexico below.