Nic Fanciulli is set to launch a new weekly Instagram talk show ‘As I Was Saying…’, kicking off on 1st May with fellow dance music legend and Ibiza mainstay Carl Cox.

Taking place on Thursdays at 9pm (GMT) for six consecutive weeks, ‘As I Was Saying…‘ will see Fanciulli invite guests to join him on IGTV for an entertaining 30-minute online talk show, discussing everything from current affairs to career highlights and cookery.

From Premier League footballers to internationally renowned DJ’s, Fanciulli will hold the long-form conversations with a view to discovering how those around us are coping during these trying times.

Following Carl Cox will be Milan-based fashion designer Marcelo Burlon (7th May), who’s creative work in the underground music scene has seen him DJ regularly alongside the likes of Loco Dice and Ilario Alicante.

Then there’s dance music royalty in the form of BBC Radio 1 icon Pete Tong (14th May) and finally Chelsea Football Club star Marcos Alonso (21st May), a regular at Fanciulli’s Ibiza parties during the summer months – the series will also be joined with two other guests still to be announced.

One of the most recognizable figures from the world of dance music and a name synonymous with Ibiza, Fanciulli regularly performs at some of the White Isle’s best parties, including Circoloco, Paradise and ANTS. He also launched his own weekly Dance or Die party last year, which took place at the iconic Ushuaïa, and celebrated the 15th anniversary of his Saved Records imprint by launching an exclusive merchandise collection.

‘As I Was Saying…‘ gives Nic Fanciulli fans the chance to see and hear him like never before. 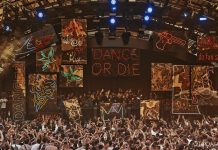 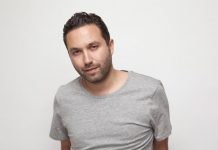