‘Taking Flight‘ features Tennessee-born Nathan Nicholson, lead singer of The Boxer Rebellion, and whose songs have been featured in many films and TV shows. Eelke and Nathan’s common passion for cinema and their background in writing film scores is very present on this track.

Starting off with dark and bass-filled synths, the spinning beat soon turns into a mystical echo through Nicholson’s entrancing voice. True to his outstanding production skills, Eelke takes the track to another dimension by mixing in alienating sounds and earthly timber vibrations, resulting in something both beautiful and staggering.

“Nathan and myself have been recording ideas together for a few years now. Taking Flight was the first one where we were both extremely excited about the end result. Nathan is such an incredible singer, I really wanted to have a standout track for him. And I couldn’t be happier with the final song, it’s really one of the standout tunes on the album for me!” says Eelke. 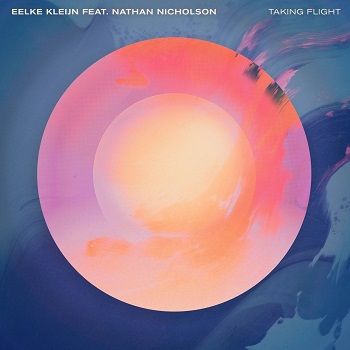 Keep an eye out for Eelke‘s upcoming album ‘Oscillations’ on September 25th.