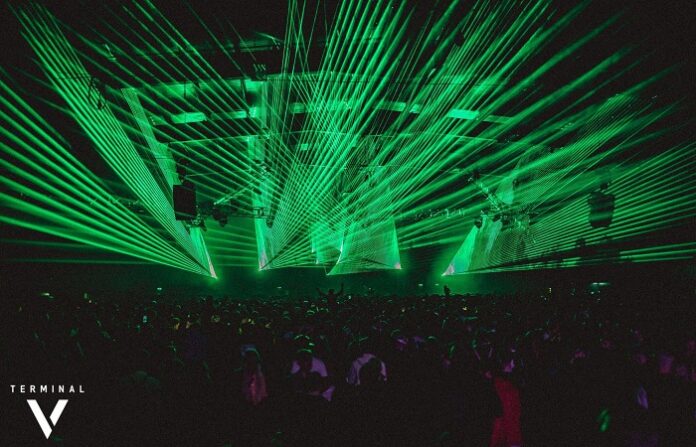 This October, the Techno and House music community shall gather in the Scottish capital for an unprecedented event.

Terminal V is a biannual underground electronic music festival held in Edinburgh and for the first-time ever Terminal V will run over two days, taking place over weekend 30 + 31st October.

What started out back in April 2017 a 1 day-2 stage event, Terminal V has grown at an incredible pace to become one of the most unique and largest indoor music festivals in Europe. 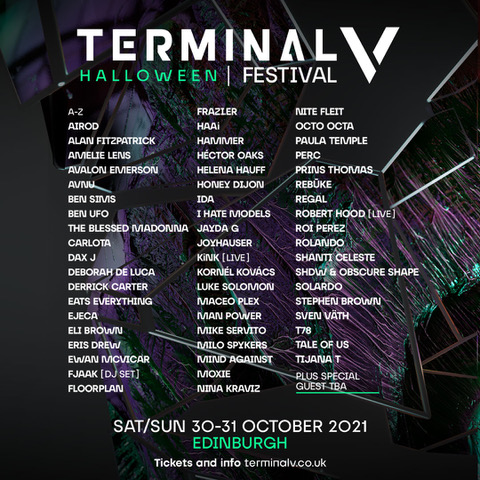 Terminal V has managed to capture the attention of the world’s electronic music biggest stars to come play the huge Edinburgh event, whilst repurposing the biggest indoor venue in the UK to create something quite spectacular within the industrial/raw feeling site at Ingliston.

The one has been a long time in the making and will be a gigantic celebration, following which will be after a 2 year break. This October promises to have an extra special sense of magic in the air, expect a blistering soundtrack from a real who’s who of the modern underground landscape. With so much time to plan this huge blow out, the team has really pulled out all the stops to curate an event which will blow minds like never before.

This alongside the intricate detail to the forward thinking/high-end stage production has led to a new type of event in Scotland, exploding at a rapid pace. It is their attention to detail and devotion to serving up an experience like no other that has stood them apart in recent years. The event has grown to become a true player in the international electronic music circuit.

With Terminal V now branching out globally with the launch of their new Berlin event for 2022, Edinburgh remains the flagship and home of the brand with thousands now flocking to the event from all over Scotland and beyond.

The event has an incredibly varied selection of underground talent, with a firm focus on a program and balanced lineup of techno and house legends alongside the most exciting new acts emerging. 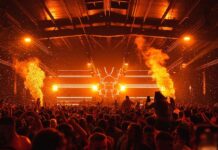