On Friday Marshmello asked Deadmau5 on Twitter if he wants to play basketball with him, but Joel has had enough of Marshmello, so he criticized his “winning formula” of putting a bucket on his head and publicly mentioning Deadmau5 every week. 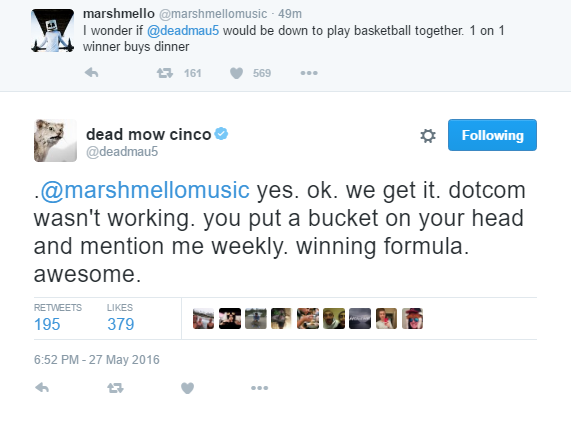 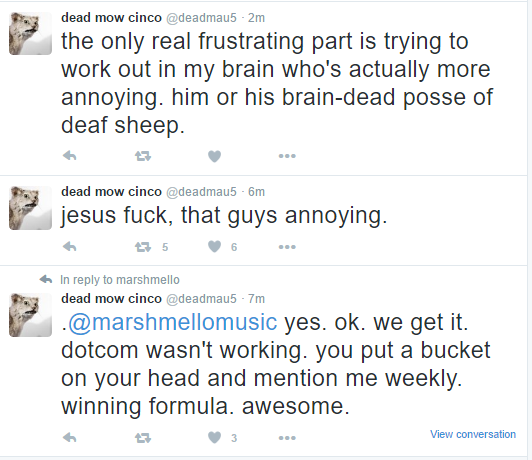 alright, i dont normally delete tweets, but that fucking scrub needs to earn fucking attention by actually doing something interesting.