If you’ve ever thought about telling women what they should be doing, maybe you should think twice before doing that. Will Sparks gave out about women using Snapchat filters, and the internet put him in his place.

The Melbourne Bounce DJ and producer posted a status in which he condemned women for using Snapchat to take selfies instead of sharing more inspiring, exciting content.

“I strongly suggest doing something GOOD, MOTIVATING, INSPIRING or maybe even ENTERTAINING or EXCITING! You have this massive following yet all you use it for is to fulfil your significance and love for CERTAINTY aka ‘likes/views’. You’ll feel a lot better contributing to these people’s lives, helping them to grow”.

Even though the post was removed from his official Facebook page, the Internet quickly sent in a flurry of outraged responses. Below, you’ll find Will Sparks’ original post and several of the retorts.

“Instead of taking selfies you should be doing important and meaningful things, like shaming women” – Will Sparks pic.twitter.com/kqr4zzdrXB

@liamapter👌🏻@WillSparks NEWS FLASH
Ladies can be sexy AND achieve things. Its not 1 or the other kind of situation pic.twitter.com/H85hwDDDCB

Sparksy, let everyone use social media however they want. This isn’t the most ~intellectually forward~ post is it? pic.twitter.com/OC4g5bsF4K 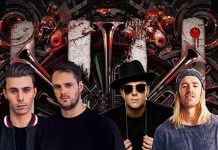 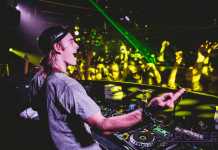 Will Sparks and Luciana join forces on electrifying power single: ‘My Spine Is Tingling’