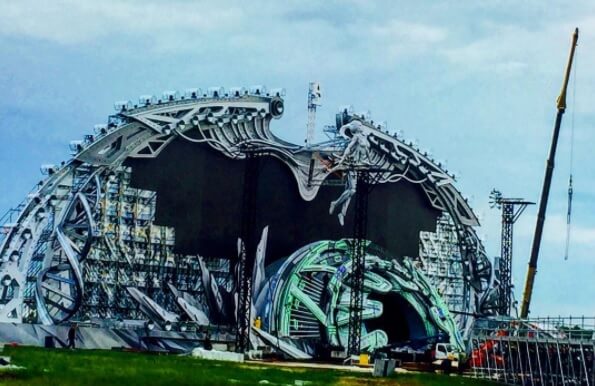 We are only 6 days out from what is described as the best Electonic Music Festival in Russia. Alfa Future People 2017 goes big when it comes to stage production in the festival scene.

The main stage at the festivals is always a sight to behold, and Alfa Future People’s amazing futuristic stage is on another level entirely. Their 2017 main stage offers a greater perspective of the Future Robot Girl, which will expectantly gaze upon the 50.000 crowd from 7-9 July 2017 in Bolshoye Kozino nearby the city Nizhny Novgorod in Russia.

Alfa Future People 2017 is the only festival in the world, that provides a line-up stacked with superstar artists as well as an extensive exhibit of new technologies in all forms. That’s why the event is known for hosting some of the world’s leading tech companies and they even give attendees a chance to test out their latest gadgets.

Take a look at their impressive main stage below, and get ready for another incredible adventure.

View the complete list of announced artists set to perform below.