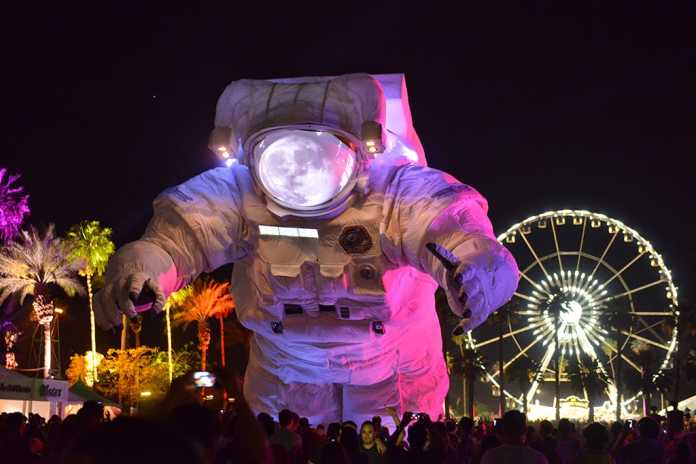 Where s*x and the related is typically consistently happening at most music festivals globally, it is usually discreet encounters that are done in private areas of events. As of late, more public examples of b**w jobs have been surfacing on social media at music festivals in general, and it seems as if it starting to become somewhat of a trend.

The first very public display of oral s*x was previously reported by Rave Jungle and occurred at Bassnectar‘s Deja Voom festival in Mexico, where adult movie actress Adriana Chechik was in the middle of the crowd giving a random guy some head. The video went viral, and seemingly is now going to be a thing at events.

The most recent public b**w job display that was captured on film and posted on social media occurred in broad daylight at Coachella music festival, while a couple was putting on a show for the passers-by. The two seem to be having a very good time, let’s all hope that inncocent children did not witness the debauchery.

Of course, s*x is going to happen at festivals, loosened inhibitions at festival settings, half-naked people, and human nature all coagulate to sometimes spark se*ual rendezvous. It is acceptable at camping events, events that are geared toward promiscuity, and events that are strictly for adults. When it becomes an issue is when people are at all ages events when children can potentially see the action.

Have fun out there, but keep in mind when children might see something that they are not quite ready to see. Keep it classy dancing machines and party people.