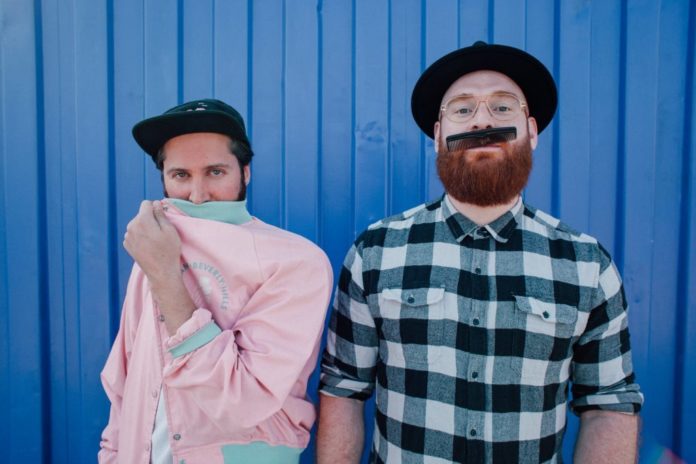 It was April 2017 and as the sun rose on the North American West Coast, it seemed something particularly outrageous would ensue on the beautiful coastline. Landing in San Diego, a pair synonymous with a thirst for life, German electronic duo and ‘Superhouse’ pioneers Andhim arrived to embark on their North American Tour, yet something different was afoot; they would travel for an entire 10 days, 2,000 miles in a 30ft RV, hunting the American dream for beers, boobs and burgers.

Now bringing together a detailed and aptly humorous account of their travels, Andhim present their west side story tour diary and movie, ‘Miles To Go‘.

“We rented this 30feet speed monster for a 10-day road trip along the west coast of America. In the end we went 4000 kilometres in this RV” they said.

A crew of five, Simon, Tobi, Camera man Manoah and tour managers, Griffin and Josh, they took for the open road, immersing in an array of musical, cultural and culinary experiences as they travelled across San Diego, LA, San Francisco, Portland and Seattle, before ending in Vancouver.

Following the highs and lows of their journey, ‘Miles To Go‘ sees Andhim proceed in true Andhim style; the lows were always approached with a distinct sense of comedy; overflowing toilets, fridges flying open in transit and 39 cent microwave burritos that tipped the scales on their inadequately arranged eating habits across the tour.

“The whole tour was terrible for our bodies. Shitty food, no motion, no sleepand a lot of parties. It was like an anti-health campaign. A defiant protest against all the cold pressed juices and Acai bowls in the world.” – Andhim

Embracing the wild and whacky areas of their trip, Andhim can be found eating interesting, off-kilter taco selections and hosting an after-hours at their RV in San Diego, moonwalking across Hollywood’s walk of fame, camping in the Red Woods of California, before spontaneously heading towards Big Sur. Embracing the freedom that travelling in an RV offered, ‘Miles To Go’ is an amplification of Andhim’s outward charm and infectious hilarity.

Having been shown at film festivals across the globe including Filmarte Festival, Berlin, Filmfest Bremen and Universal Film Festival in Kansas City, ‘Miles To Go’ was awarded ‘Best Score‘ at Swindon Independent Film Festival, UK and ‘Best Documentary Feature‘ at San Diego’s IKFF.

Andhim’s ‘Miles To Go’ is an all-encompassing look at two DJ’s taking touring back to its roots and ditching the private jet and champagne lifestyle.