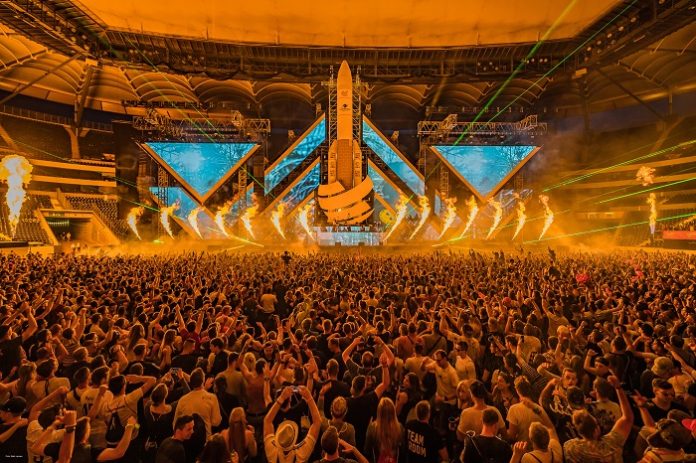 10 years after the first ever BigCityBeats WORLD CLUB DOME summer edition, “the biggest club in the world” is set return to Frankfurt, announcing a star-studded phase 1 lineup including headliners such as Steve Aoki, Boris Brejcha, Reinier Zonneveld, MORTEN, David Guetta, Haftbefehl, Headhunterz. These world-renowned acts will be joining the party on one of the events’ 25 stages to celebrate a decade of remarkable days and nights, non-stop dancing, and unforgettable memories. 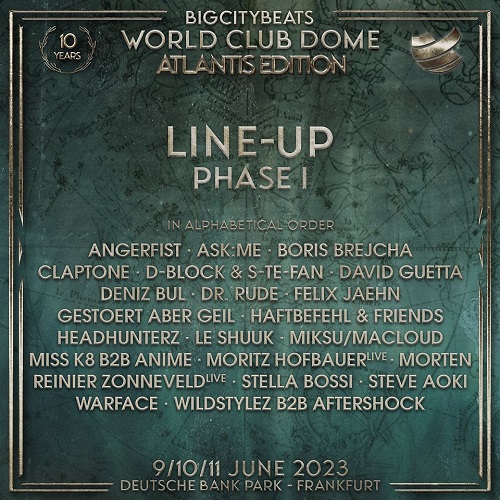 To celebrate its 10th anniversary, BigCityBeats WORLD CLUB DOME will bring the legendary island of Atlantis to life. From June 9th to 11th, 2023, Frankfurt’s Deutsche Bank Park’s stadium will be transformed into the sunken kingdom, described by the Greek philosopher Plato as having been lost in a natural disaster in 9600 BC. Visitors will be transported to a magical world where the beats of a sunken metropolis come together with the mystical stories of Atlantis.

This year’s Atlantis theme is set to draw over 180,000 attendees from all over the world, at just an hour flight away from all major European cities and 10 minutes from Frankfurt’s city center. BigCityBeats WORLD CLUB DOME is set to transform 700.000 square meters of land into an oceanic myriad of arenas for three days including two all-star Mainstages, WCD Pool Sessions, and the ground shaking Hardstyle stage.

Clubbers can lose themselves outdoors at the WCD Pool Sessions, which will feature the Claptone hosted Masquerade stage and a Boris Brejcha FKING SERIOUS takeover, the Hardstyle Stage or the Outdoor Mainstage, or head indoor where their favorite headliners will blast some of the biggest tracks through 1.8 million watts of sound.

“We are incredibly excited to be celebrating 10 years of the BigCityBeats WORLD CLUB DOME,” says festival founder, Bernd Breiter. “We have been working hard to put together a lineup that will make this year’s festival truly special, and we can’t wait to share it with our fans. This year’s event is set to be the biggest and best yet, and we can’t wait to see everyone returning to the Deutsche Bank Park to experience our Atlantis theme”