If you’re a fan of bringing totems to a festival, you may not want to bring them to a Pretty Lights event anytime soon, or at least not close to the main stage.

During his set for Episodic Festival this past weekend, the DJ and producer made it clear that rave totems, flags, or large signs of any kind were not welcome during his set.

According to his lighting director, Lazershark (also known as Greg Ellis) a particular jellyfish totem was causing a little more obstruction of view than he felt was necessary. The totem holder was asked to move from his spot in front of the stage, and afterwards a flashing “no totems” visual appeared on the stage screen. His reasoning? The lighting team needs to be able to do their job.

“Your right to ‘self-expression’ has not been banned at our shows,” he stated. “We simply just want both our crew and our audience to be able to enjoy the show how they intended. We could have simply confiscated this stupid jellyfish but instead we decided to have a little fun and prove a very simple point. Stand to the side dummys. Or I’m coming to your job with a giant sign that says fuck you and you can explain to your boss why some guy is interfering with your work.”

So what do you think about totems? Are they really as annoying as LazerShark said, or do you not mind them? 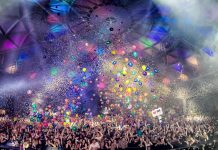 SNOWTA : The biggest New Year’s party in the Midwest 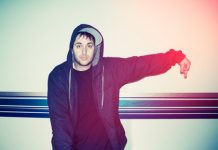