DJ and producer, Tensnake has released the official video for ‘Make You Mine’, completing the trilogy of videos released for singles ‘Somebody Else’ and ‘Strange Without You’, all of which were recently released on album L.A., out now via Armada Music. A musical diary that is a love letter to the City of Angels, L.A. provides an introspective musical account of experiences with love and loss, all with a distinct pop influence.

The story begins with ‘Somebody Else‘, featuring vocals by Boy Matthews, the video follows two girls in love as they enjoy each other in the wondrous city of Los Angeles. From the beginning, we learn there is a twist in the tail and their love cannot be. One of them doesn’t belong to this universe, she is secretly a mermaid, which is a secret kept from the rest of the world.

In Part II via ‘Strange Without You‘ featuring Daramola, we follow one of the girls as she misses her lover, the mermaid. Retracing her steps, she’s unable to get her out of her head, and reality becomes mixed with memories. With her unable to distinguish what’s real and not via special effect-laden scenes, the video ends with her sinking into a bath, dreaming of lost love. 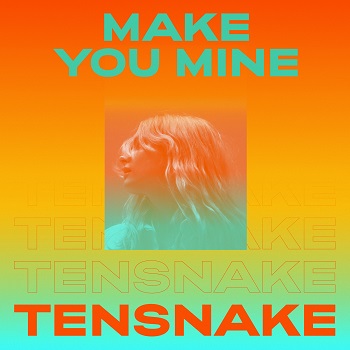 The last chapter unfolds with ‘Make You Mine‘, when the mermaid emerges from the sea to return to her lover, who emerges from her bath. She finds her in her home, and the two embrace in a climax of visuals and the lines between real and fantasy are blurred into a scene of passion. The story ends with both girls making their exit into the sea, dual mermaid tails diving into the sunset kissed waves.

The video trilogy was produced and directed by Groovy Chaos, an award-winning production company based in Monterrey, Mexico. It is highly specialized in visually attractive and powerful storytelling videos. With work featured and honoured at Cannes, Groovy Chaos has worked with international companies such as Coca Cola and Universal Music as well as artists ranging from Moby to Placebo.

A stunning, heart warming, three part video series, ‘Make You Mine‘ completes the story of two lovers in Los Angeles, a beautiful cross between real and imagination. 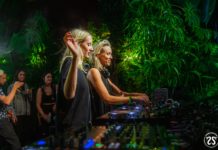 Eli & Fur have remixed Tensnake’s single ‘Somebody Else’